Natural Health Products Used for Cognition and their Drug Interactions

We will be hosting an additional webinar session that will broadcast a recording of Dr. Joanne Ho's presentation

Please note: this session will not be interactive 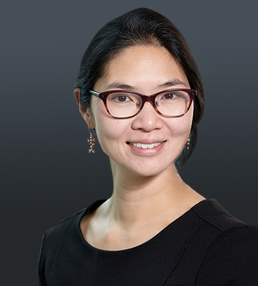 Dr. Victoria Chuen is a PGY3 in Internal Medicine at McMaster University, Waterloo Regional Campus. She has interests in delirium, medical education and is currently exploring the perspectives of geriatric specialists on using virtual care with older adults. She is hoping to pursue further subspecialty training in Geriatric Medicine next year.

Please note: we will not be hosting a replay event or sharing slides from this session.

Dr. Rick Adachi is a Professor of Medicine at the Michael G. DeGroote School of Medicine,

McMaster University. He is the Actavis Chair for Better Bone Health in Rheumatology.  Dr. Adachi has been involved in clinical trials and epidemiologic research. He either holds or is a co-investigator in several CIHR funded studies including the 20 year Canadian Multicentre Osteoporosis Study (CaMOS), and a separate study examining pQCT, HRpQCT and pMRI images of bone structure and strength to determine the relationship of bone structure and

muscle to fractures in a subset of CaMOS subjects.

Dr Adachi has over 590 peer reviewed publications and is a respected leader in bone research in Canada and Internationally. He was awarded the Lindy Fraser Award by Osteoporosis Canada. In 2006, he received the North American Menopause Society award for Innovation in Osteoporosis Research. In 2012, he received the Queen Elizabeth II Diamond Jubilee Medal for his work in osteoporosis and in 2014 he was received the Olof Johnell Science Award that honours an individual who has contributed to the field of osteoporosis in a scientific or policy implementation area worldwide. In 2019 he was awarded the Herbert Fleisch Medal by ESCEO-IOF in recognition of his outstanding and innovative contributions in basic or translational science.

This presentation will address the following topic areas:

At GeriMedRisk we believe in ensuring that our education and resources are current, scientifically based and reflective of best practices. Due to the risk of material from our rounds presentations being altered or incorrectly interpreted, we are unable to attach or forward the presentation slide deck.

GeriMedRisk- Geriatric Clinical Pharmacology Rounds is a self-approved group learning activity (Section 1) as defined by the Maintenance of Certification program of The Royal College of Physicians and Surgeons of Canada.